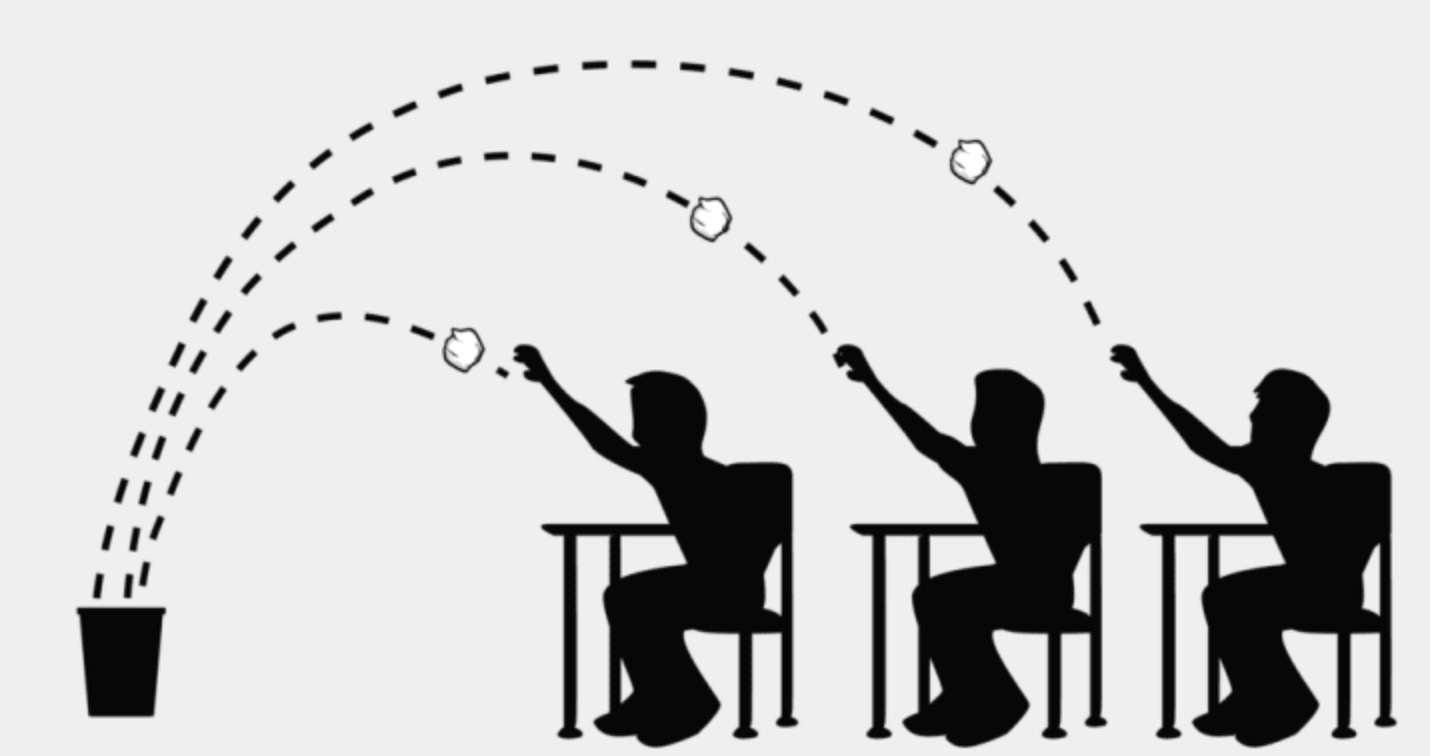 If you’ve spent any time at all in the past week watching, listening to, or reading the nightly news, entertainment reports, radio segments, or local and national newspapers, chances are that you’ve had more than you can take of the “Varsity Blues” scandal. Much more experienced minds than mine have already penned thought-provoking articles touching on the myriad considerations of wealth, privilege, parenting, diversity, etc. that this case has brought to light (I’m thinking of Steven Antonoff’s Medium post, Frank Bruni’s New York Times piece, and Anthony Abraham Jack’s perspective in the Washington Post, just to name a few). Naturally, I hesitated to take on a topic that has been explored by everyone from top reporters at the Wall Street Journal to your neighbor next door who read the indictment. However, as an Independent Educational Consultant who also provides standardized test preparation services–and who was a high school student applying to colleges in the not-so-distant past–I find myself in the unique position of recognizing privilege both personally and professionally without condemning it in all cases. I value equal treatment while working in a field that many would argue adds to the already existent inequity between students of varying social and economic classes. Many people, I am sure, can identify with this position: advocating for people whom others could argue you directly affect negatively. It is this dichotomy that I want to explore.

When I first read that some students had scored 400 points above their original PSAT scores through a string of deceptions (including employing misleading measures to qualify for extra time, using the proctor as a “corrector” during the test, and/or having answers changed after leaving the testing room), I will admit that my first thought was, “Why didn’t these kids just use tutors? I’ve had students improve that much by studying.” In all fairness, not every one of my students has increased his/her score that drastically, but most improve 150-200 points between tests. Students also naturally improve upon their PSAT scores when taking the SAT: they are both better prepared in their coursework by the spring of their junior year and more likely to take the test seriously when they know it “counts” for something. So, why, then, would these parents who clearly had the means to hire the best preparation companies instead choose such a deceptive, circuitous and outlandish route?

I soon realized this was the wrong question.

Here I was, appalled at the audacity of the “rich” to assume that the rules did not apply to them, while simultaneously touting the option of a “fair” approach that is perhaps no less deserving of outcry than the one those indicted chose to take. If we as a society are truly incensed at the gall of the defendants in these case–and I think it’s safe to say we are, judging by the fact that it’s something even both political parties can agree on at the moment–why are we not equally incensed by the fact that the system of meritocracy our admissions system so proudly espouses is in fact comprised of standards that are far more easily met when one has the means to prepare for them? Sure, every year publications release the feel-good stories of the student who applied to college with fee waivers and was accepted to an Ivy, but we need to stop assuming these examples grant us the liberty to believe that the system is indeed fair for all those who simply put their mind to it and work hard. Why should a low-income student from a struggling school system have to score near perfectly on tests and demonstrate near genius in order have a college outcome worthy of inspiration when middle-class students from strong school districts across the country are routinely granted acceptance to great–if not Ivy League–institutions, and subsequently congratulated by their teachers, peers, and parents alike for having made them so proud by earning their spots?

Before I get myself into too much trouble here, I want to clarify a few things. I myself am a privileged student from a middle-class town who attended arguably the best school in my county. My family did not spend money on test preparation or college consultants, but I was enrolled in AP classes, participated in enrichment activities such as Math Olympiad and Science Olympics, visited the library at least once a week with my mother, and never had to even question if my family would help me pay for the cost of my college applications. When I was accepted into college, though, I thought of it solely as a testament to the fact that I had spent hours writing papers, reading every word of the books we were assigned (yes, even Tess of the D’Urbervilles), challenging myself with AP Calculus and AP Phys/Chem even though I had no plans of entering a STEM field, and devoting myself to my roles in student government and gymnastics. And I was right that I had earned my spot. But if someone had said that I was also put in a position to be able to earn that spot without a great deal of duress or stretching outside my comfort zone, she would also be right. If she had then said that many students could have perhaps done even better than I had if given what I had been given, she would be right again. This is a lesson I have learned over time, but is perhaps the one I consider to be the most important.

It is exactly this truth that I want others to understand as well. Anyone who knows me knows that I am the first one to brag about the students with whom I work. Quite contrary to the cliche argument that this new generation is lazy and entitled, I can say without pause that I am constantly in awe of the academic work ethic, commitment to charity, concern for peers, and desire to truly become better versions of themselves that I see in the majority of my students. Never do I feel as if I am helping “spoiled” children finagle their way into institutions for the sake of bragging rights. I expect every single one of my students to take control of their educations by putting in the hours necessary for improvement and completing critical tasks on their own. When my students improve their scores, open acceptances, and earn scholarships, it’s safe to say that I am as proud as any parent. Having witnessed their devotion over months, and sometimes years, I know they earned it.

Hand in hand with these moments of intense pride, though, has come the realization that there are privileges afforded to some even beyond those that I enjoyed as a teenager. Beyond the obvious fact that my students pay me for my services–this is my livelihood, after all–there are the advantages that trace further back than sophomore and junior year: being read to regularly, having disabilities tested with independent neuropsychologists and IEP and 504 plans implemented and reworked through parents with the resources to advocate for their children, trying out a range of activities and purchasing all the necessary equipment in order to be accomplished enough to make the team come high school, attending summer camps with high price tags but wonderful enrichment opportunities, traveling the world and gathering wisdom no classroom could impart. The list goes on and on.

Have my students earned their spots? Did I earn my spot? Absolutely. Do my students deserve their spot? Did I? I would say yes to that to. But, are my students more deserving of their spots than others are, simply because they were accepted. Was I? No. And that is the most important takeaway from this entire scandal, in my opinion. The same shock and rage that I, and many others, feel about the advantages afforded to the students in this case are no stronger than the shock and rage that other students feel when they learn that other students in the country spend thousands of dollars and tens of hours preparing for the SAT or ACT. It is the same shock and rage students feel when they cannot complete all ten fields allotted in the activities section of the CommonApp because the only activities they have are their after-school jobs.

I am not the first person to point out that unfairness is a current that runs deep through college admissions–and life. But, I do want to change the tone of that charge. It is not the fault of the middle-class and wealthy students that they were afforded these advantages, and they have no less of a right to say they earned their spots than do any other students, in most cases. However, I think we can all agree that it should be our responsibility to at least recognize the head starts we were given and to do our part to take any little steps we can to level the playing field.

I personally will remain committed to working with non-profit organizations such as Opportunity Network and taking on pro-bono clients. For those outside the IEC field, I hope that, at the very least, they will think more carefully about what it really means to deserve an education and to earn admission. That’s a conversation that is far more interesting, and nuanced, than the initial story that sparked it. 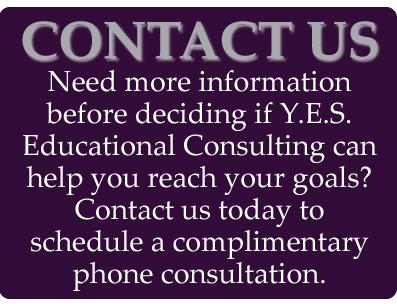